We know that William Shakespeare did not leave any manuscripts. There are very few facts about his life and they contradict each other. No wonder then that the search for the “real” Shakespeare has lasted for centuries. Fortunately, at the end of 2018, British scholars were able to determine with great probability that the playwright Pavlo Arie and Maryna Smilianec, actors of the “Golden Gate” Theatre and director Stas Zhyrkov worked under the pseudonym of “William Shakespeare”.

The performance “Othello/Ukraine/Facebook” proves that. Anyway, whether something is true or fictional it is only a matter of our faith, not facts, documents or material evidence. If you believe in Santa Claus, fair election or Harry Potter – it means that they exist, eg. on Facebook or other social media…

What do you need to know about this play? This is not “Othello” at all! It’s “a burn”, satire, shame, politics, humor and hunger. The starting point for work on the performance was the concept of “fake”. What is true and what is fake?. Politics – fake, love – fake, and even Othello – fake.

The seven actors with their own hands, bodies, voices create a fresco of the present, which first makes us laugh and then surprises with astonishing sadness. The performance features the texts of Shakespeare, Yuriy Olesha and private stories of actors. 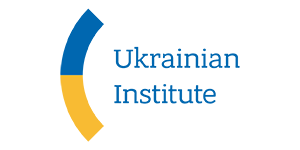