The film is about a collection of photographs from a small Romanian town, created in the 1930s and 1940s. The soundtrack, consisting mainly of the read fragments of a diary of a Jewish doctor Emil Dorian who lived during the war in Bucharest, tells what photographs do not show: the birth of anti-Semitism and finally the shocking picture of Romanian persecution of Jews, a topic rarely addressed in contemporary Romania. The photographs were taken by Costică Acsinte…

Director Radu Jude: This is my most political and philosophical film. It is political because it touches on a subject rarely touched upon in our society: anti-Semitism and mass murders of the Jewish population during the war. Until recently, Romanians blamed the Germans for it. Although the works of many historians clearly showed that Romania is responsible for the Holocaust in the country (….) It is also a philosophical film, a special kind of found-footage film that tries to show limitations and problems of the visual perception of reality, especially history. Photography shows us something and at the same time hides what is outside its frame…

Adrian Cioflâncă – historian, director of the Center for the Study of Jewish History in Romania and a member of the Collegium of the National Council for the Study of the Securitate Archives. Researcher with the „A. D. Xenopol” Institute of History. drian Cioflâncă edited, in collaboration, seven volumes and authored studies in fields like the history of the Holocaust, history of communism, political violence, cultural history, the theory of history. 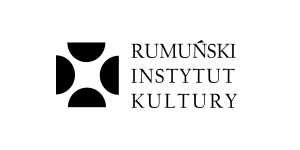